There are few cocktails as talked about, famous and even idolised as the Martini. This classic cocktail started out life as a gin-based drink with some vermouth and an olive to garnish. Since its inception, hundreds of variation have sprung up, but my personal favourite variation is the Gibson Martini.

Nobody quite knows when and where it was first mixed and by who, and there are many very probable origin stories. What does seem to be fairly widely accepted is that it appeared some time around the end of the 19th century and since then it has grown into the iconic drink we know today.

I first became aware of a Martini being a cocktail, and I’m sure this is the case with many people, when watching Sean Connery suavely order a “Martini, shaken, not stirred”. Of course Mr Bond preferred his martini to be made with vodka, thus launching the Vodka Martini in to the stratosphere.

Over the years, many bars and mixologists, both professional and enthusiastic amateurs, have put their own twists on this classic cocktail.

Over the years I have tried many of these variations and some of them are very tasty and absolutely worth sampling to see what best suits your preference. Each time though, I keep coming back to the original classic cocktail made with gin. Whenever I get a new gin, having tasted it neat and then over ice, I always try it as a gin and tonic first, and then in a Martini. I often find that the proportions need adjusting for each gin, and some work better than others when used in a Martini.

My favourite version of this classic cocktail is the Gibson Martini. This is named after the American illustrator Charles Dana Gibson. He would ask for his dry Martini to be garnished with two cocktail onions. Apparently this was a love letter to the breasts of the woman he admired, and who admired him.

I like my Gibson Martini to be made with an oily gin. My three favourites for this drink are Gin Mare, Caorunn and The Botanist. I also like it to use a good generous measure and only a dash of dry vermouth. My preference here is the French vermouth Noilly Prat. To garnish my Gibson Martini, I like a combination of cocktail onions and olives.

Throughout 2020 I have been collecting my favourite gins into a personalised gin advent calendar and amongst them were both Gin Mare and Caorunn. I took this opportunity to taste test a Gibson Martini made with Gin Mare against one made with Caorunn. They were both beautiful drinks and reinforced just why I love this classic cocktail made with both of these gins. I will be posting a run down of the gins from my gin advent calendar and the cocktails I made with them soon.

If I was going to choose another variation on this classic cocktail that is a very close second to my favourite Gibson Martini, it would have to be a Vesper Martini. We have Ian Fleming to thank for this variation on the classic cocktail, which first appeared in the first James Bond book Casino Royale. In this variation you add vodka into the mix, use a sweet vermouth, and garnish with a large lemon zest. If you do try this, and I am speaking from experience, do not go for a Navy strength gin if you want to be able to walk after drinking one.

If you want to find out more about this classic cocktail, as well as find other recipes for variations other than the Gibson Martini, Difford’s Guide has a fascinating article as well as over 200 different Martini cocktail recipes. I know that I’m always looking out for interesting variations on this classic cocktail. If I wasn’t for my curiosity, I would never have discovered my favourite Gibson Martini. 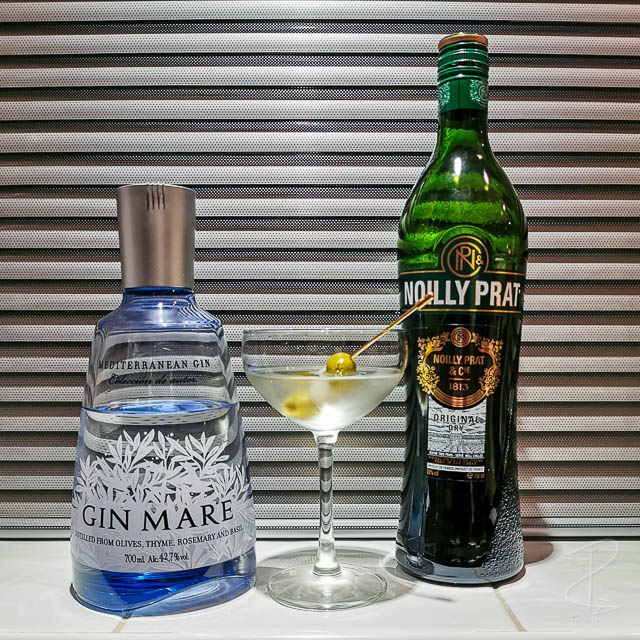 METHOD
Fill cocktail beaker with plenty of ice and add gin and vermouth. Stir vigorously until the outside of the beaker is very well frosted. Strain into an ice cold cocktail glass and serve with 2 cocktail onions and a green olive.