I never used to be a fan of bourbon whiskey. Looking back that’s probably because I’d never had a decent bourbon. As a result, I only ever drank it in a bourbon-based cocktail. When I was finally introduced to some decent bourbon, it was like the veil had been lifted and I now rate certain brands up there with a single malt. Knowing that I would never use a single malt in a cocktail, I wondered if I would feel the same about good bourbons, so I thought I would try a simple sounding bourbon cocktail with only a few ingredients to allow the whiskey to shine through. My cocktail of choice was the Millionaire Cocktail.

A while back, I had been give both Gin: The Manual and Whisky: The Manual. Both have proved to be an invaluable resource when it comes to learning about two of my favourite spirits. In both books there is an interesting history of the spirit at the start, which is followed by a curated list of various examples of the spirit in question with flavour profiles and mixer suggestions. The final section includes a number of cocktail recipes tailored to the drinks mentioned in the book. It is in the recipe section of Whisky: The Manual that I found the Millionaire Cocktail.

The Millionaire Cocktail is listed amongst the Classics, and having tasted it I can understand why. With only a couple of storecupboard ingredients to add to a good serving of bourbon whiskey, you have a cocktail that is not only good looking, but also delicious. The recipe just states to use bourbon. Of the three different bourbons that I have in my drinks cupboard, I chose to use Bulleit Bourbon because of its smooth, rounded sweetness with hints of fruit.

One of my Christmas presents last year had been a selection of gin syrups. As nice as the thought was, I’m not really one for polluting the flavour of a craft gin with a fruity syrup. Thus, they have been rather overlooked, until I decided to mix myself this cocktail. One of the ingredients for the Millionaire Cocktail is either Grenadine or raspberry syrup. As luck would have it, one of the aforementioned syrups was “Rose Flower and Raspberry”. Knowing that these syrups were not as sweet as Grenadine (yes I had used some of them with cheap gin just to say I’d tried them), this seemed like the ideal time to make good use of one of them.

Having assembled the required ingredients – triple sec and a fresh egg white being the last ones – I read the method. First off this is a shaken cocktail, but not in the way you might assume. You do not throw everything into the cocktail shaker with ice, shake and strain. The Millionaire Cocktail is a little more involved than that, and if you have an obliging butler or mixologist to hand, you might want to call on their services.

Because it uses an egg white, you have to dry shake the Millionaire Cocktail before you add the ice. This is entirely expected. What I didn’t expect was to have to shake the cocktail a total of five, yes FIVE, times before I could take my first sip. But let me tell you, all of that shaking paid off and the frothy head gave a pint of Guinness a run for its money. So continue scrolling for a picture of this lovely drink and the effort you need to put in to make it. 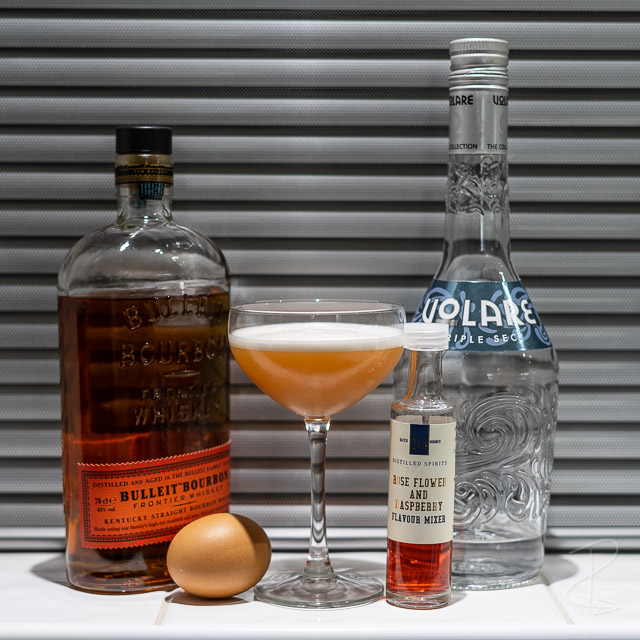